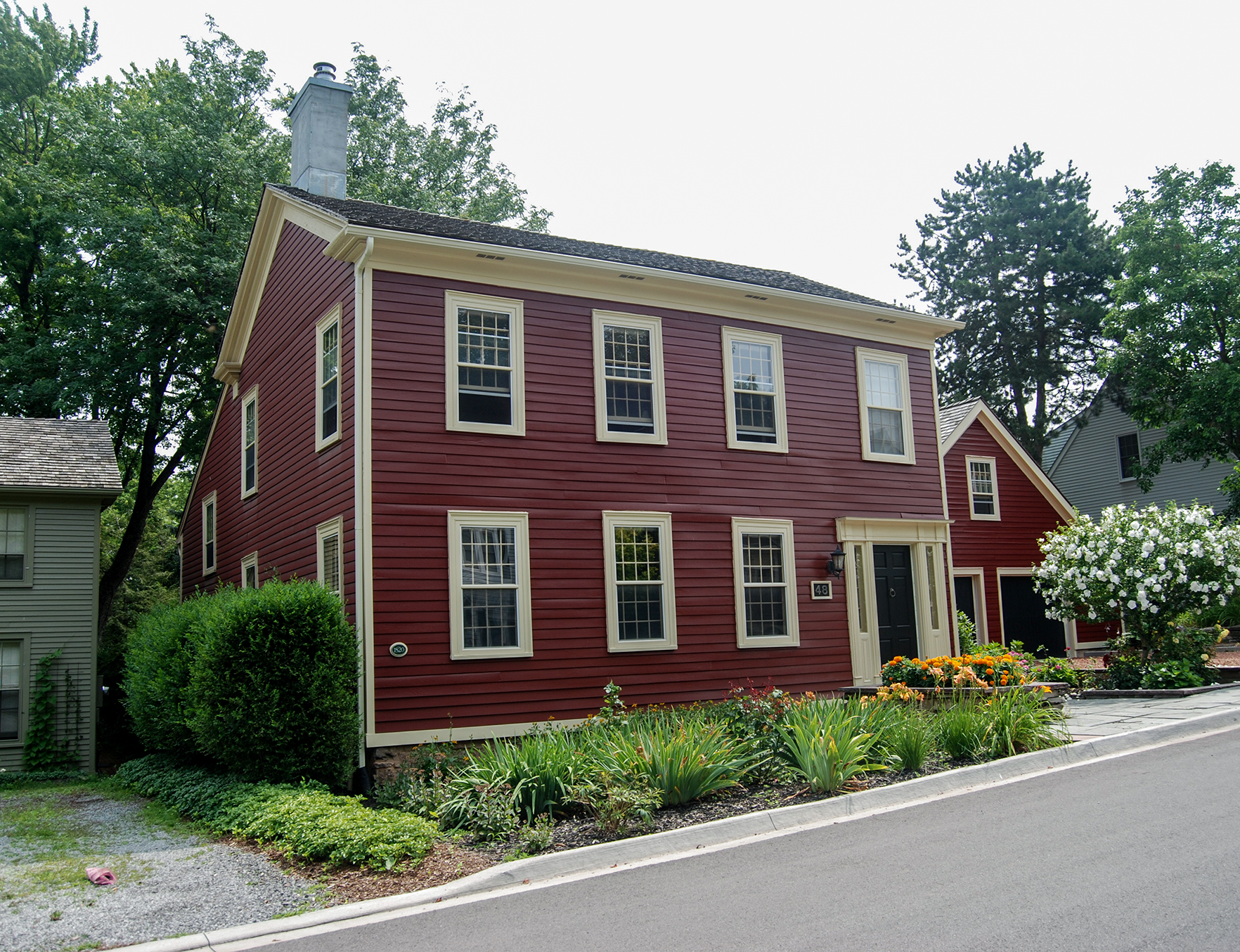 Although the norm for Georgians was a symmetrical 5 bay facade, it was not uncommon for individuals to build variations on the theme. In this circa 1820 4 bay asymmetrical Saltbox example, the main entry has been placed in the far right bay. Each bay is ranked and all the 12/12 double-hung windows are trimmed with classic Georgian simplicity. The facade eave trim is broad and simple, and while the raking trim and returns on the end gables are somewhat more involved, decorative ornamentation is absent. There is no transom window above the main entry, instead, a pronounced linear hood molding has been used as a less expensive substitute. The door’s sidelights, if original, would have been a singular statement of the owner’s success. This home is a wonderful example of the Saltbox form (a 2 storey house with a 1 storey rear 'lean-to' extension) commonly built in Niagara. 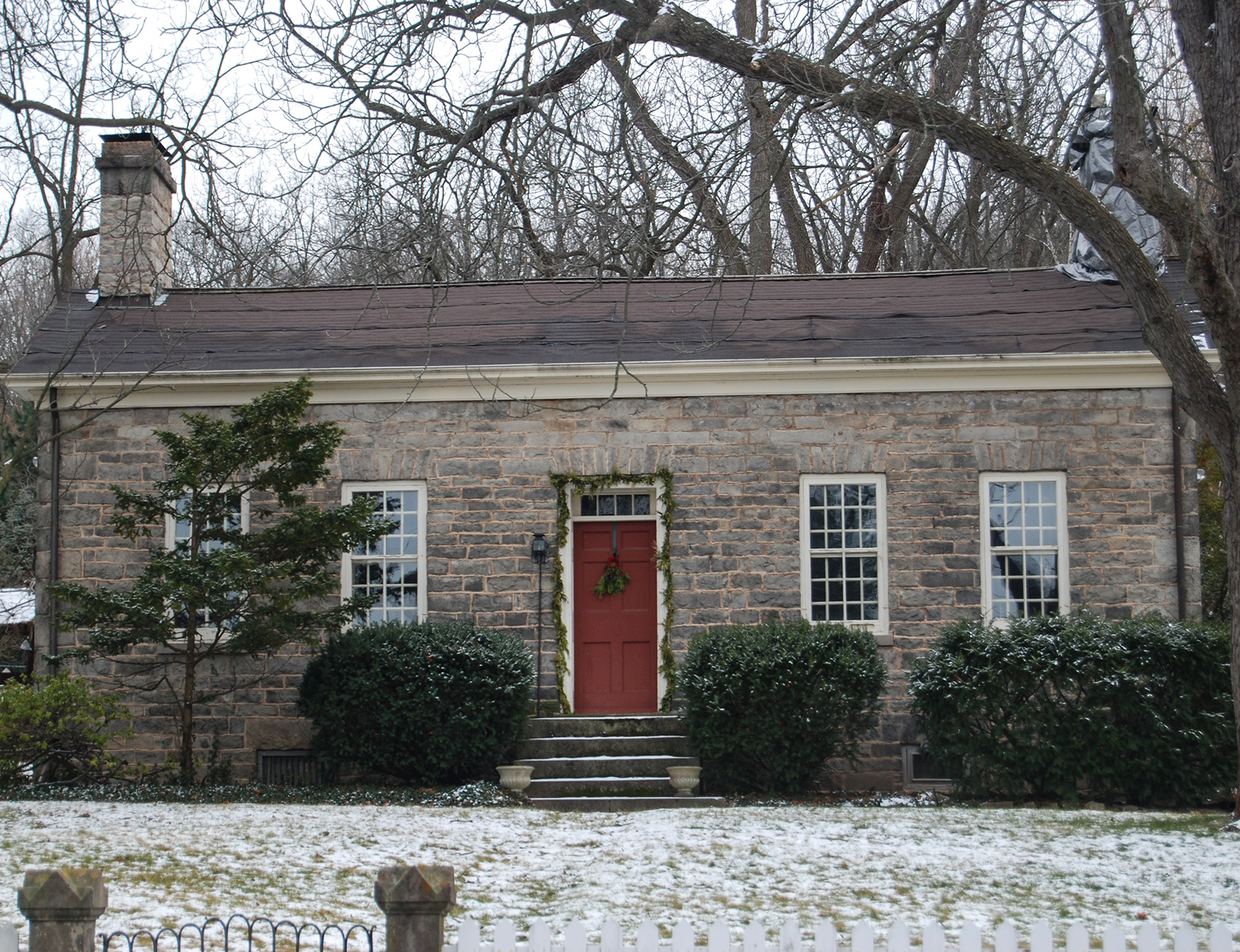 In Niagara and many other parts of Canada, the most common period house built in the Georgian style was the storey and a half cottage form. Whether in wood, brick or stone, the practicality of this expression met the requirements (and pocket-book) of many early settlers. The facade is typically Georgian with a central main entry and symmetrically balanced bays to either side. From an interior perspective, the main floor was usually given over to a ‘public’ (entertaining/living) space, a kitchen (which was commonly shifted to, or built in, a rear extension) and the ‘master’ bedroom, while the severely clipped upper half storey would be devoted to ‘loft’ style beds. Over the intervening generations, it has been common to subject the original storey and a half form to renovations that increased the ‘head-space’ of the upper floor (see image below). Here, displaying the work of a highly skilled mason in the worked/dressed stone facade, our circa 1820 example illustrates all of the quintessential Georgian cottage facade elements and the original roof pitch. 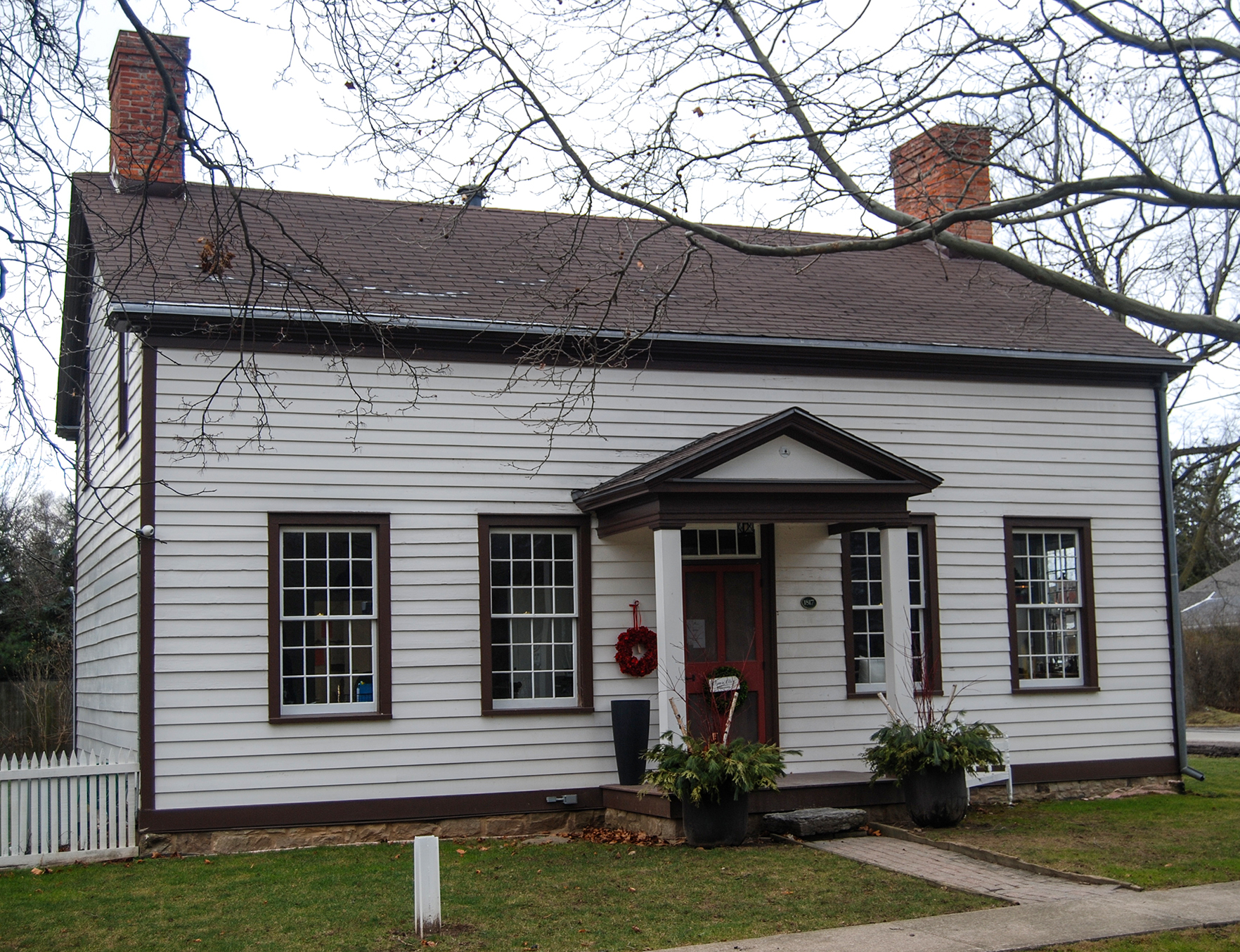 Perhaps because the cost of construction was lower than that of the stone cottage, or for other reasons not readily captured 2 centuries later, the clapboard Georgian cottage was often built with a slightly taller exterior walls and sometimes a higher roof pitch. This seemingly small alteration made a significant difference to the ‘liveability’ of the upper level. This circa 1817 timberframed example illustrates the classic symmetrical 5 bay Georgian facade with the central entry topped by a 4 squared paned transom and shouldered on each side by two pairs of 12 over 12 windows. All the trim and cornerboards reflect typical Upper Canada Georgian simplicity. A chimney, placed inside each of the end gable walls, is the norm both for the cottage form and other period Georgian builds. The pedimented portico over the front door is almost certainly a later addition. This home can be considered a model of the common clapboard Loyalist Georgian cottage.