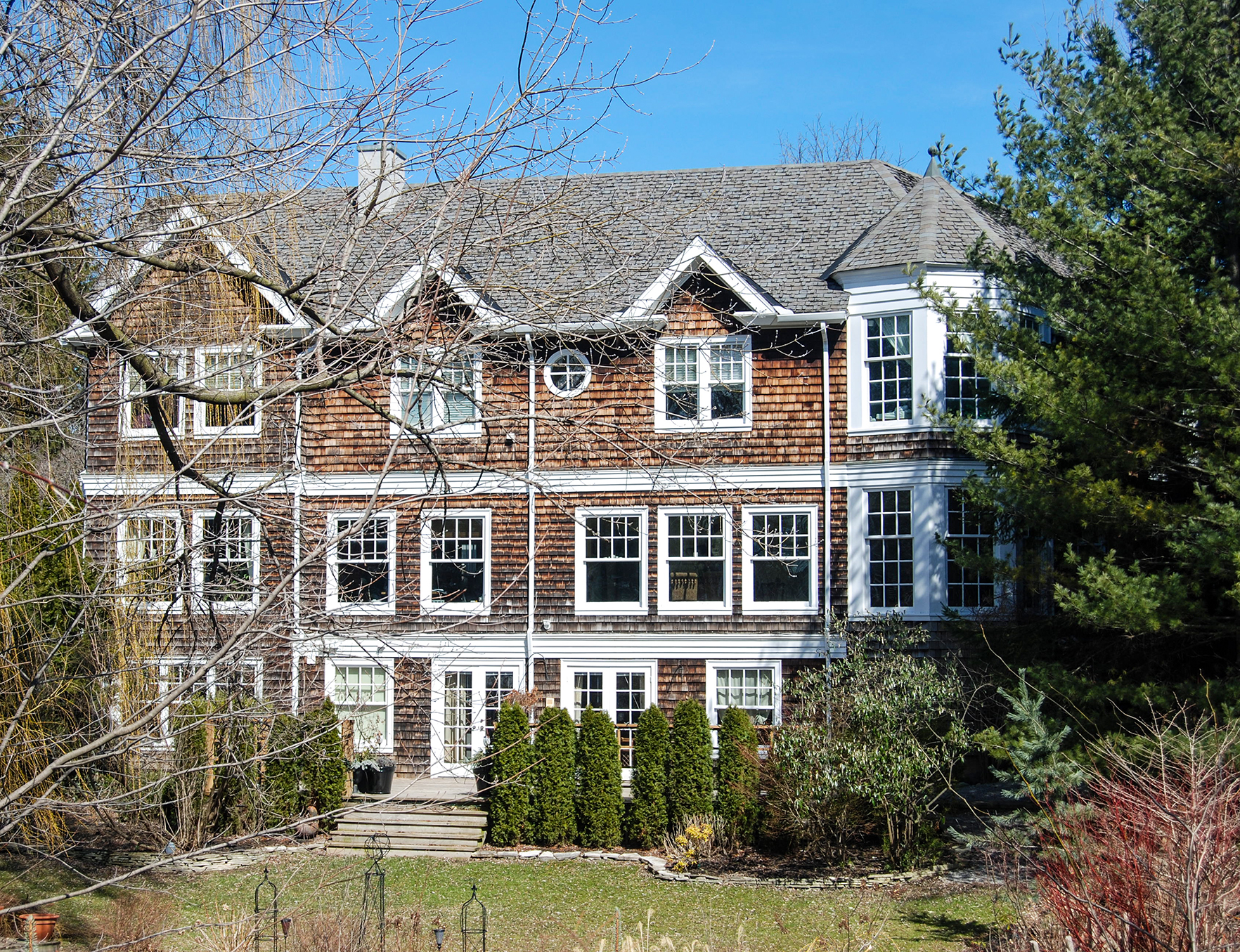 Shingle style homes were a late 19th century American expression that drew on various Victorian traditions. Most popular in the seaside resort communities of the Northeastern USA, these designs were very diverse. This 20th Century example is reminiscent of the Shingle houses built on the coast which would often present a 3 (or more) storey rear facade to take advantage of the ocean views. Here, on an expansive town corner lot, the home has been built tight to the property line with its main entry facing a neighbouring home. This placement allows for the “rear” facade (shown here) to take maximum advantage of a topography which slopes down to a small brook amidst landscaped gardens. The cedar shingle cladding presents a visually attractive uniform field on which the simple white detailing of doors and windows, banding and eave molding stands in sharp contrast. Typical of its historical antecedents, even the tower appears to merge into the overall composition, suggesting its existence is more about the interior design than exterior statement. A splendid modern take on the traditional American Shingle style.

<<< Back to New Traditional Main 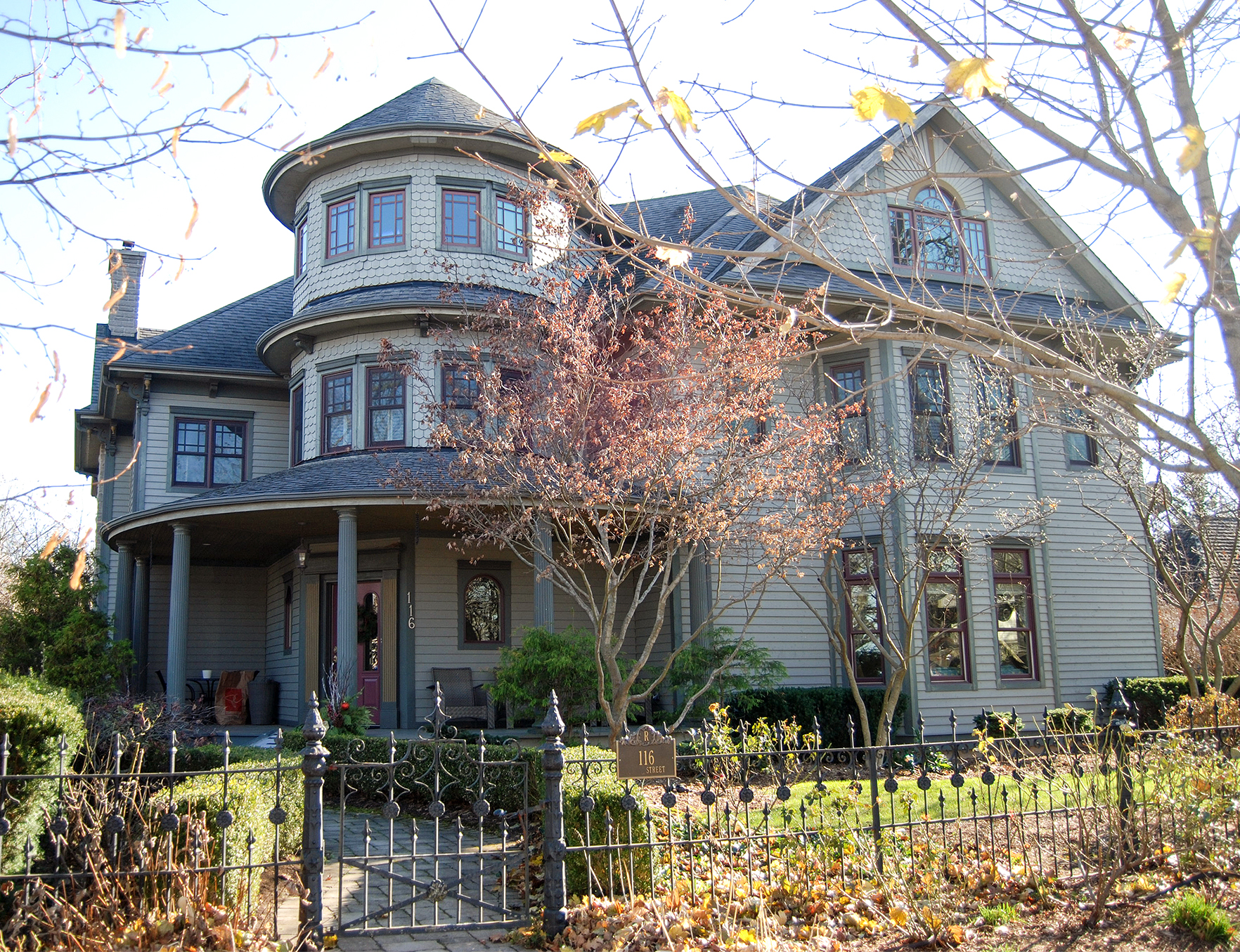 While in all New Traditional designs the historical precedent which they are based upon can be readily identified, occasionally a home is so accurately rendered that it takes deeper examination to determine that it is not a period building. Such is the case with this Queen Anne example; its asymmetrically placed curved porch wrapping the corner tower, clapboard siding complemented by shingle detail in the front gable and on the tower, two storey bay window, the paired divided windows, and other details all combine to produce a powerful statement of style. In fact, it is a tribute to the architect’s skill that the incorporated design elements which diverge from historical accuracy do not detract from the Queen Anne ‘feel’ but actually accentuate it. Further, the spindlework and ornamentation which was the hallmark of the American Queen Anne is completely absent here, making this New Traditional home much more in keeping with the more conservative Canadian Queen Anne interpretation that might have been built in this location more than a century ago.

<<< Back to New Traditional Main