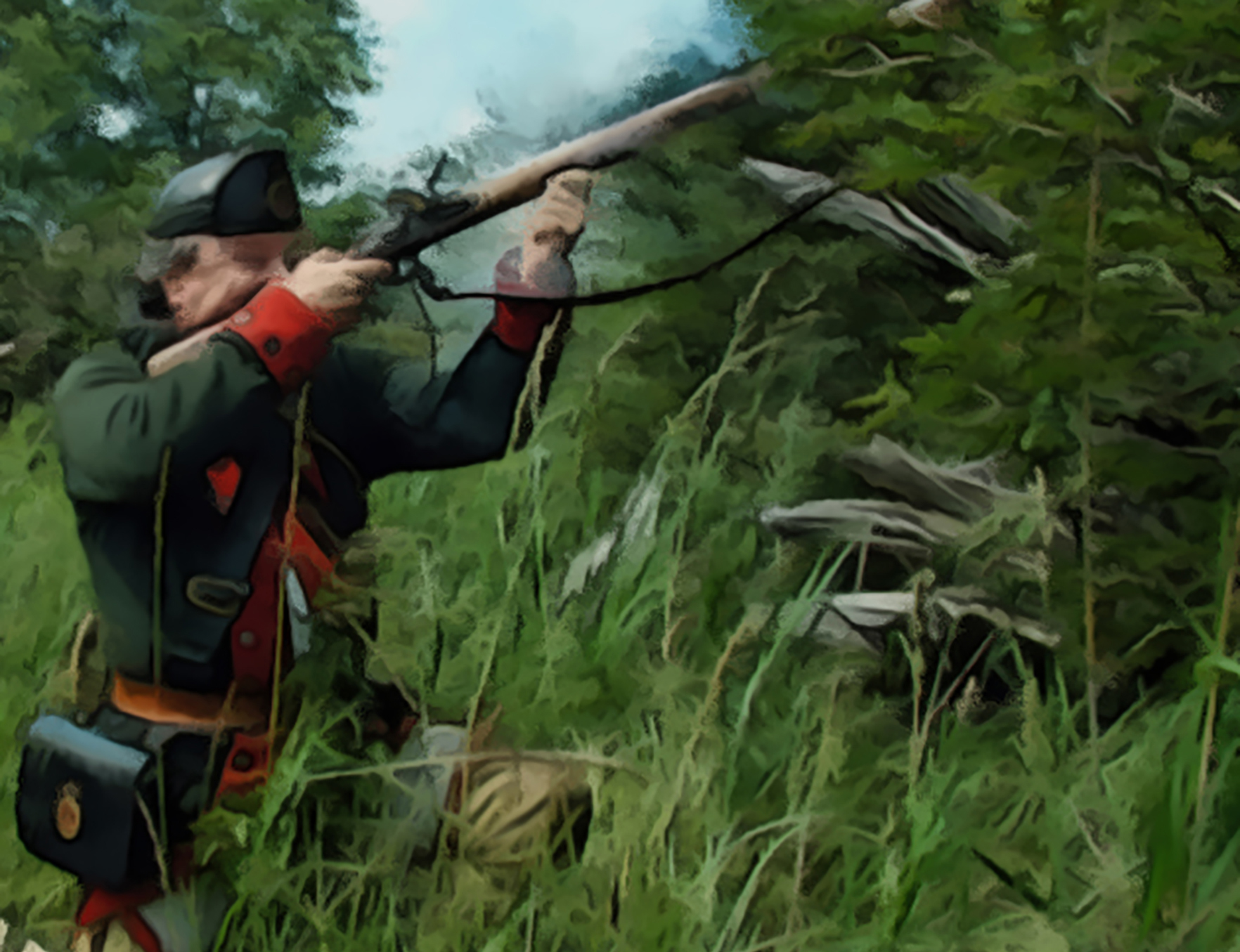 In 1777, official orders were issued to New York Loyalist John Butler to recruit and train 8 companies of men loyal to the Crown as a militia force to oppose the American Continental Army. Historical references indicate the Rangers fought shoulder-to-shoulder with the Iroquois in multiple battles across the contested territories. The men who fought as Butler’s Rangers, no matter their creed or colour, forged a comradeship which made them amongst the most successful Loyalist forces fielded in the Revolutionary War. During the conflict, as the aged and injured Rangers mustered out, many settled on the west bank of the Niagara River as tenants of the Crown. After the Loyalist cause was lost, the majority of the Rangers moved into British held territories and these veterans commonly petitioned and often (albeit after several years wait) were rewarded by the Crown with lands & compensation for losses suffered as a result of their loyalty. The relationships built between the men of the Rangers during their service often lasted for decades afterwards; assisting one-another to build new lives. These men, their families, and other Loyalists that followed north after the war, made a significant contribution to the development of the lands that would eventually become Canada. Additional information regarding John Butler and Butler’s Rangers can be found at: