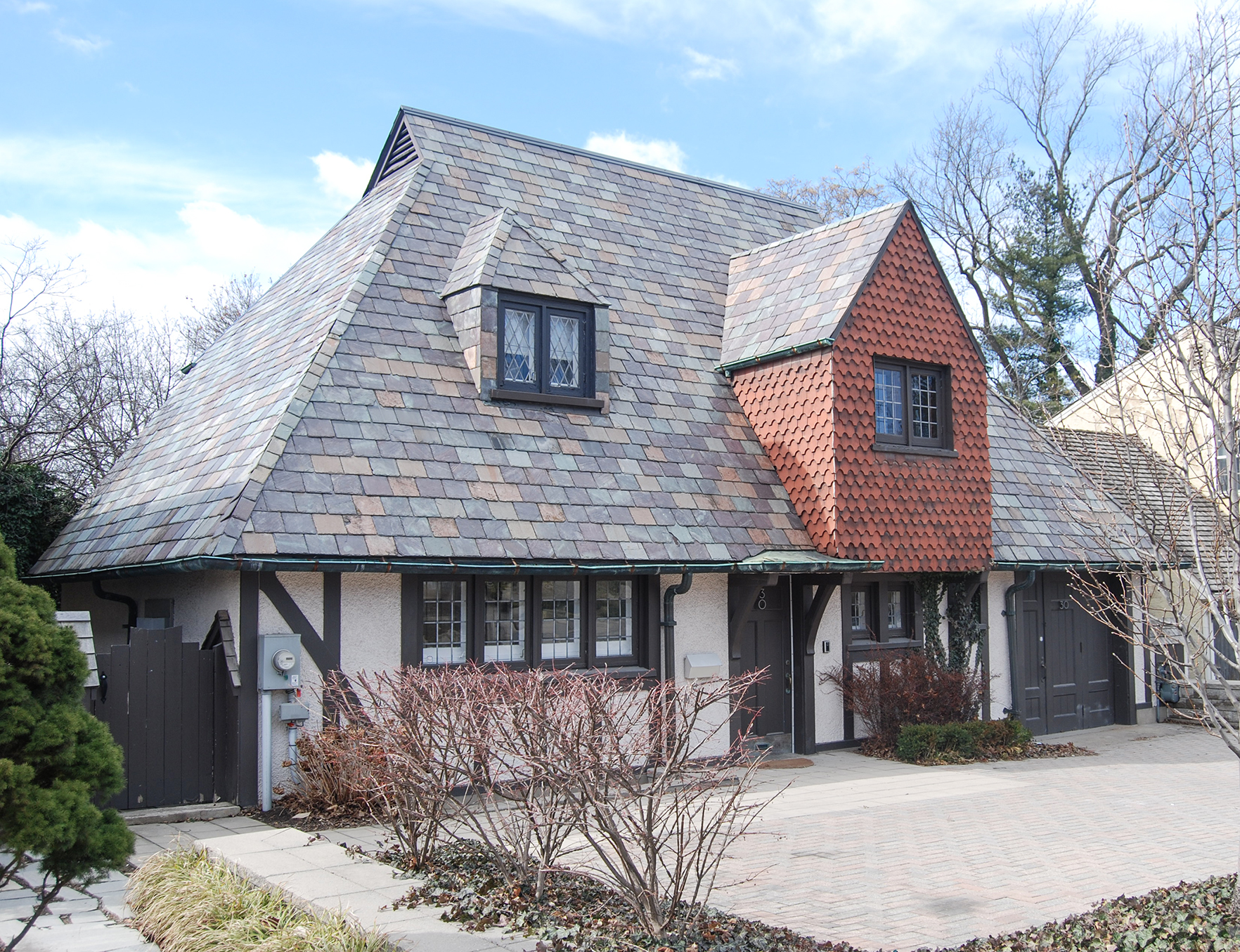 Distinct from the much more common Craftsman expression of Arts & Crafts in North America, the English style looked to the historical country cottage and its relationship to the “Cottage Garden” as popularized by Gertrude Jekyll. Although this Nicholson & MacBeth designed example has lost the naturalizing and integrative benefits to the facade of a cottage garden, it displays many of the elements of the classic English Arts & Crafts cottage. The high pitched mass of the slate clad Dutch gable roof serves to push down and anchor the half-timbered first floor to the landscape. This roof is broken by a small slate clad hipped dormer with diamond paned windows, and a significant gable dormer which has been dressed with English clay shingles; both slate and clay being “natural” in keeping with the Arts & Crafts philosophy. Picture this circa 1926 cottage tucked in a garden akin to the image below, an integrated part of a natural landscape.

The Craftsman form grew out of inspiration taken from English Arts & Crafts, and the long design tradition of wooden homes from the Orient. Certainly the vast majority of Craftsman designs were based on the bungalow building form, but where a two storey house was called for, it was very often based on the American Four Square popularized by the Prairie school of architects. Here we have a fine example of Craftsman which clearly illustrates the core inspirational influences of the sub-style. An asymmetrical Four Square form is capped by a hip roof with bellcast lines reminiscent of the Orient. The deep overhanging eaves are typical of Craftsman design but, rather than having normal exposed rafters, the eaves are boxed in Prairie fashion. In what could be construed as an apology for this rare decision, the architect has appointed the fascia with plain modillions suggesting exposed timbers. The dormer’s banded windows, with its diamond-paned leaded glass, would be ‘at home’ on many (if not most) Arts & Crafts interpretations. And, while the brick pillars and half-walls of the expansive porch appear to be of more recent construction, it is entirely in-keeping with common variants of the Craftsman style parameters. 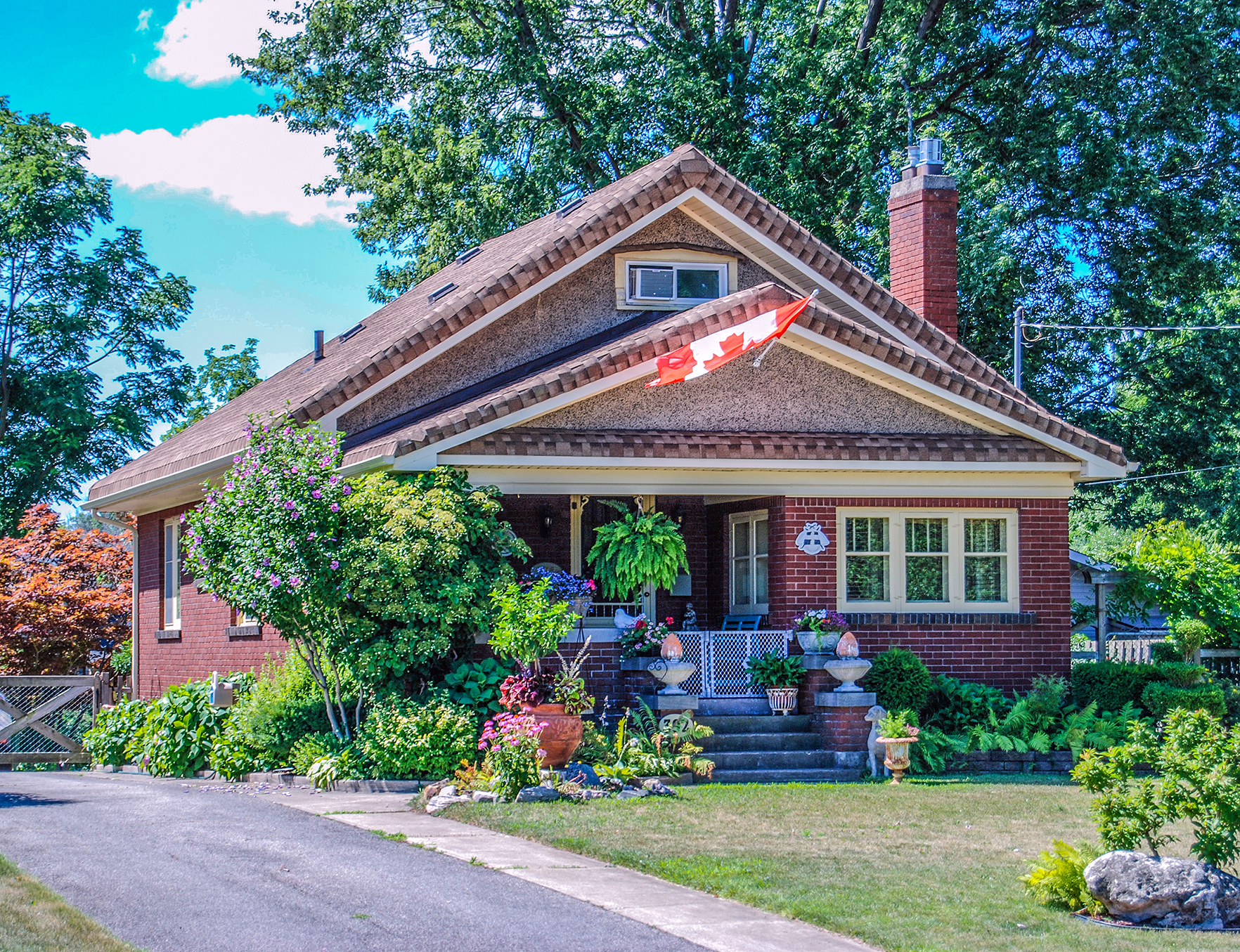 Between 1905 and 1930, there were tens of thousands of simple, unadorned Craftsman bungalows constructed across North America. Stripped down to the essential elements of the interpretation, these homes were built for those of modest means. Although they might contain an attic room, they were typically a single finished storey usually containing two bedrooms, kitchen and combined living/dining room. The deep Craftsman porch was de rigueur; very often partial width to gain additional interior space or partially enclosed to create a “sleeping porch”. The front gable design was one of the most common of all the sub-types, with the porch roof creating a gable-on-gable presentation. In many ways our example is archetypal of the modest Craftsman; but its false-thatched roof sets it apart. When seen at all, this unusual roof style can generally be found atop a Tudor Revival home of the period. Here, it lends a unique quality to this simple Craftsman bungalow.