In 1918, Scottish immigrant Robert MacBeth took a draughtsman’s position at a St. Catharines architectural firm owned by Arthur E. Nicholson. In 1920, MacBeth left the firm only to rejoin it a relatively short time later as Nicholson’s partner. Whether it was circumstance or something that each man saw in the other that led them to believe that the combination of their talents would lead them to greater success cannot be said, but without question during the decade that followed, the team of Nicholson & MacBeth developed a signature residential design style that even today is readily recognizable as their work. Perhaps, had they worked in a larger theatre, their designs might have achieved a similar market penetration to that of the Greene Brothers; since it was in many ways more architecturally flexible than the Greene Brothers' Craftsman. However, while their reach was primarily limited to Niagara, their combined work left a brilliant regional architectural legacy. 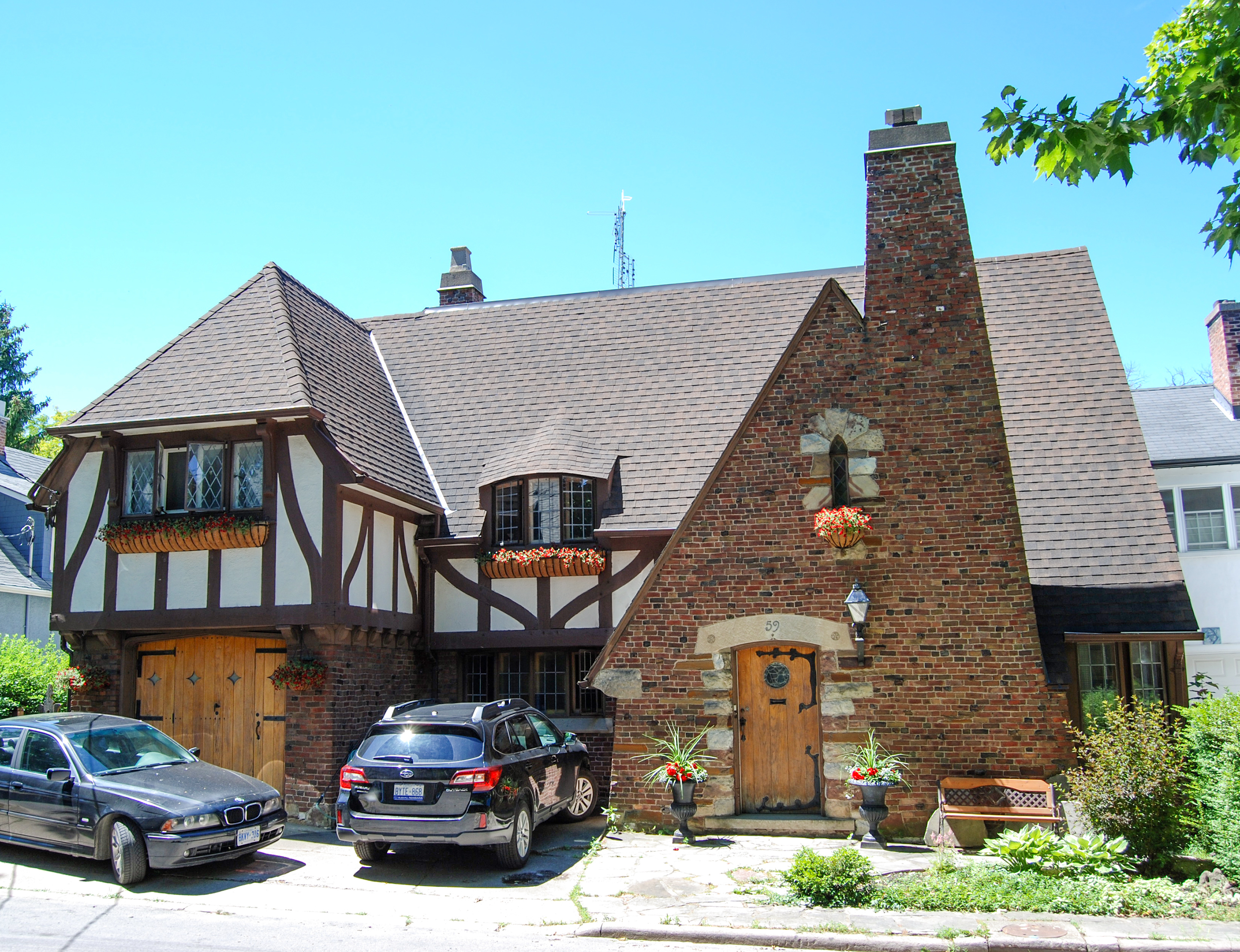 Drawing inspiration from the English Arts & Crafts tradition, a modest ‘cottage’ facade was one of their favoured presentations. This was particularly true when the lot topography sloped down from the street allowing them to realize large homes behind an understated facade. The ca. 1924 Burgoyne House is a perfect example. Behind the finely crafted but relatively small facade, this home takes full advantage of the steeply sloping lot to enclose over 5000 square feet of living space. A stellar example of Nicholson & MacBeth work, the high pitched gable main roof rests upon half-timbering that draws the eye down to the randomly patterned brick set in uneven mortar and thence to the ground. The specific design details of the hipped cross gable; a roof ridge set slightly below the main ridge, its half-timbering a touch higher than that on the main mass, and the diamond paned ribbon windows (as distinct from the rectangular pattern on the rest of the facade); subtly suggest it to be an addition on an older cottage. The strong brick chimney/entry feature with its angles, stone inclusions, lancet window, and segmentally arched plank door on forged iron hinges all re-enforce the impression of venerable age and hand-wrought skills of the craftsmen. The attention to detail on the overall composition is extraordinary. 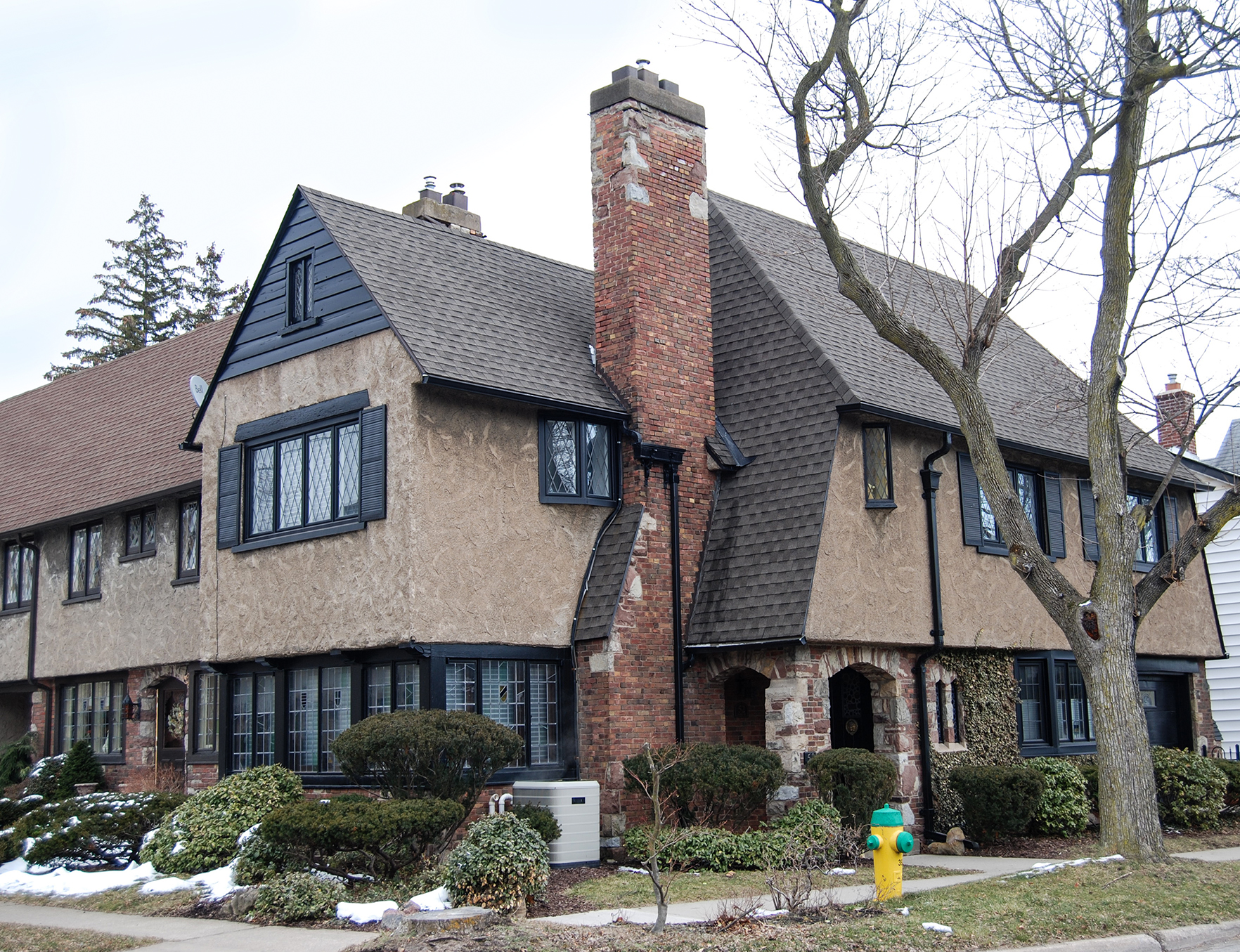 A deceptive design that appears to cover a huge footprint, but is in fact, two distinct buildings: the single family detached Riddle House and 2 semi-detached homes. Built in 1927, these three homes were likely conceived as two parts of a single design. On both buildings the main roof is hipped and abbreviated on the facade to expose a vertical stucco expanse broken only by windows. A second floor overhang creates a horizontal band which, re-enforced by the strong lines of the 1st floor ribbon windows, helps to ground the building. Lent a touch of whimsy by two triangular mini-bay windows, the Riddle House facade is anchored by the mass of the tall chimney and the stone block arches of the entry alcove while a gable wing (left end) creates a very subtle, but distinct, break between the two buildings. The facade of the semi-detached homes, perhaps not as strongly featured as that of the Riddle House, shows a continuity of design elements that blend the two together. On this building, a drive-through has been carefully crafted to create separation between the semi’s without loss of unity. In common Nicholson & MacBeth fashion, a modest facade disguises the fact that each semi is a substantial three storey home with ribbon window dormers across the rear slope of the hip roof. Note: This is one of several ‘trio’ designs in their portfolio. 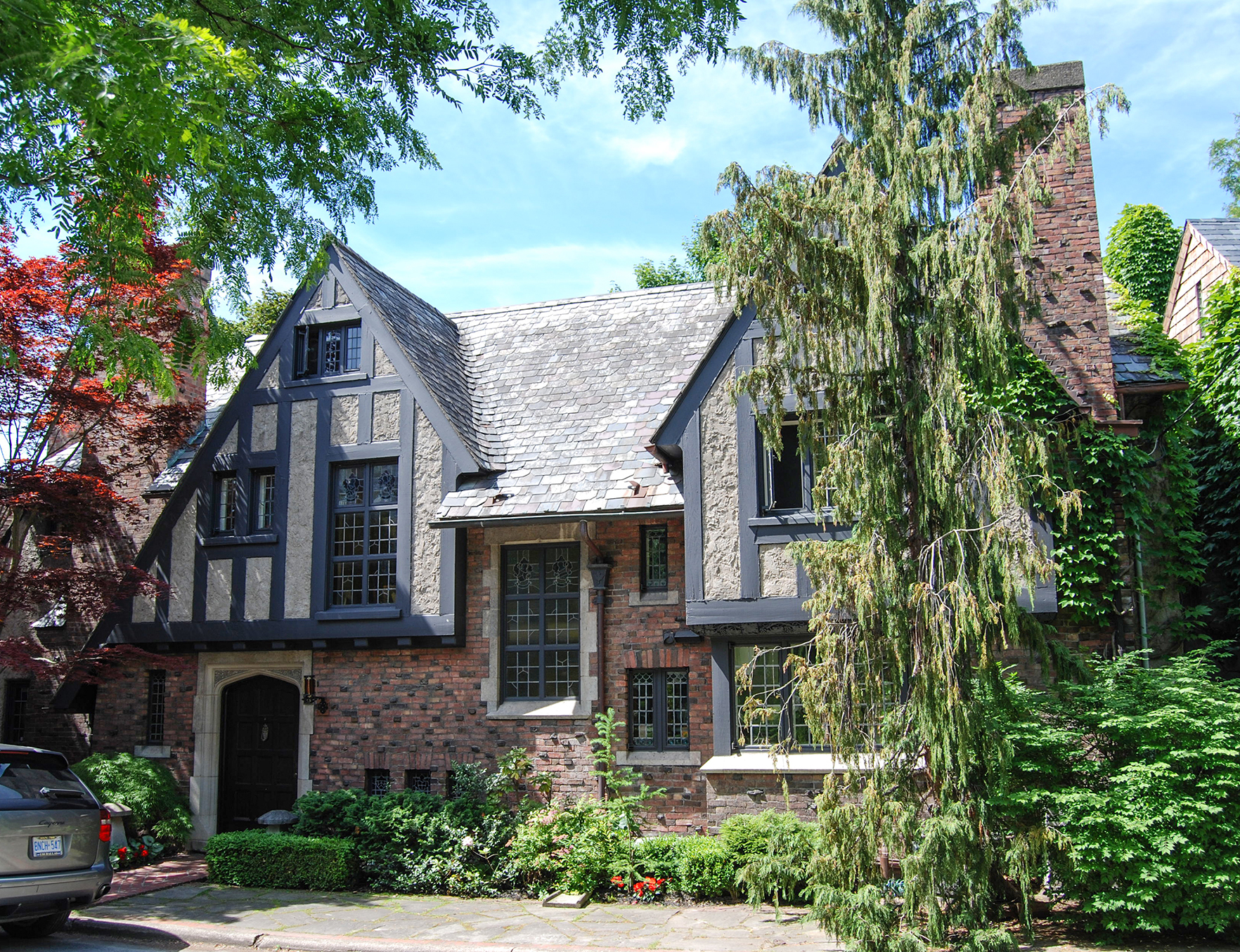 A Classic of the Style

In overall composition, it’s our opinion that the facade of this home must rate amongst the finest Arts & Crafts cottage presentations we have had the privilege to see. While the Tudor (main entry door, arch & surround) and Tudor Revival (stucco & half-timber applique, etc.) features are strong, these are set within a symphony of elements which proclaim the Arts & Crafts style. Imagining the architects’ approach, perhaps they began with a rectangular building form anchored by two tall brick chimney masses set equidistant from each end to produce a balanced base. Then add a slate roof: begin it (from the left) as a facade-abbreviated hip which, when interrupted by the chimney & cross gable, allows a transition to a standard two-slope gable roof that runs until broken by a cross-gable bay & chimney whereupon it becomes a facade-abbreviated gable roof. The projecting half-timber gable is under-set with modillions to suggest medieval jettying (removed at some point from the gabled bay?) and its mass pushes down upon the finely-worked limestone surround of the asymmetrically placed main entry. Clinker brick laid in uneven mortar comprises the main field of the facade, its earthy colour variations and occasional protrusion of the irregular sintered bricks work in contrast to the honed limestone to lend an ageless sense of handcrafted permanence; a hallmark of the very best Arts & Crafts homes.

Architects, like artists, continually face the Rubicon of choosing between the purist form of their artistic expression and the desires/needs/requirements of their patrons. Some focus completely on their personal vision and dream that their talent will be discovered. Others ‘sell-out’ their inspiration for transitory commercial success. Then, there are those very few individuals whose talent, vision and empathy allows them to express their unique artistic expression within the context (albeit likely stretching those parameters) of their clients’ imagination. Nicholson & MacBeth were of the latter group. Given ‘free-rein’, they created inspired signature Arts & Crafts designs, but were willing to create a more conservative vision (B. Henry House below), more modest footprint (Anderson House), or even move outside their preferred style (see: Eclectic Spanish Revival).  In 2016, the Niagara Society of Architects identified ~77 surviving Nicholson & MacBeth designs; many in St. Catharines, with other examples occurring sporadically across Niagara… they are worth searching out! 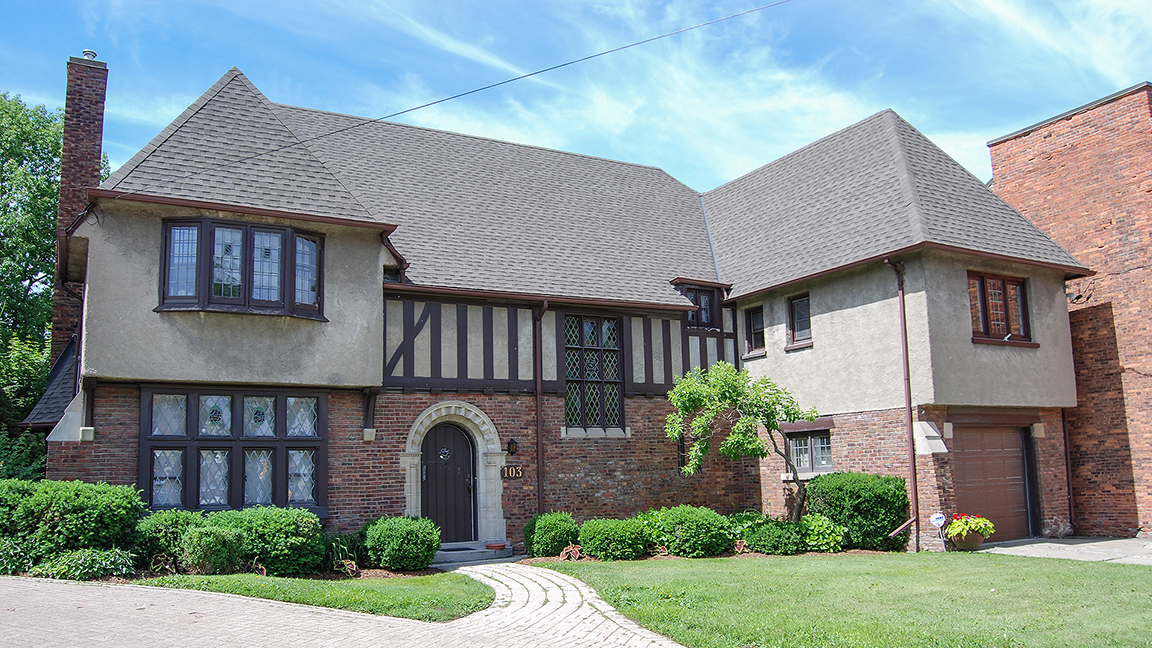 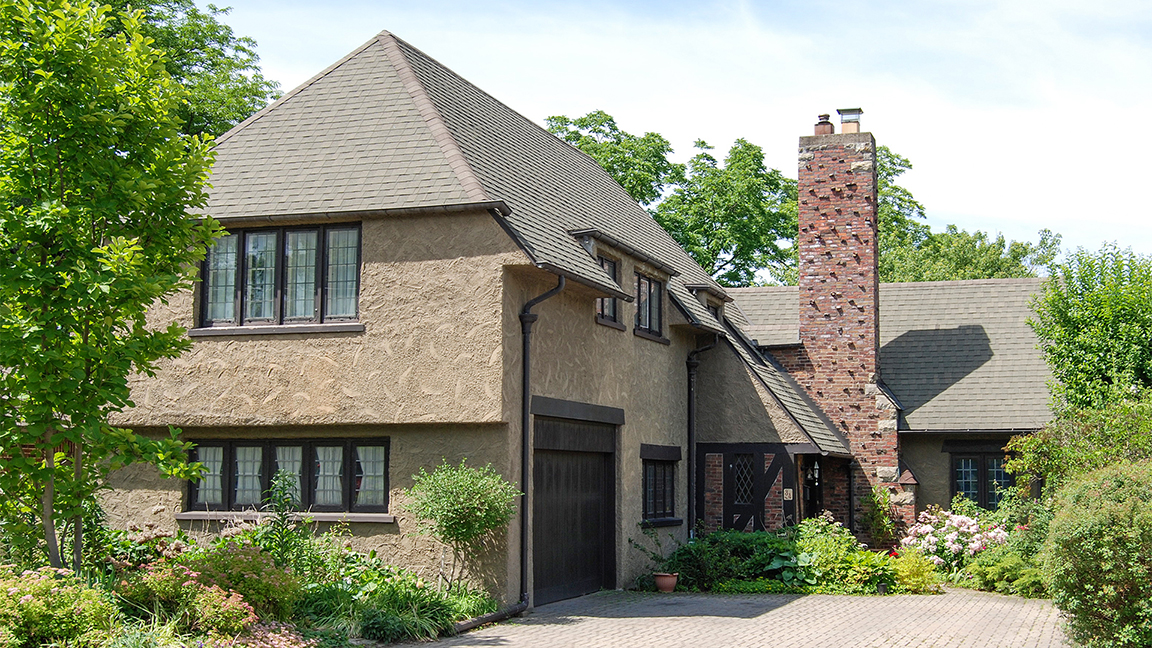 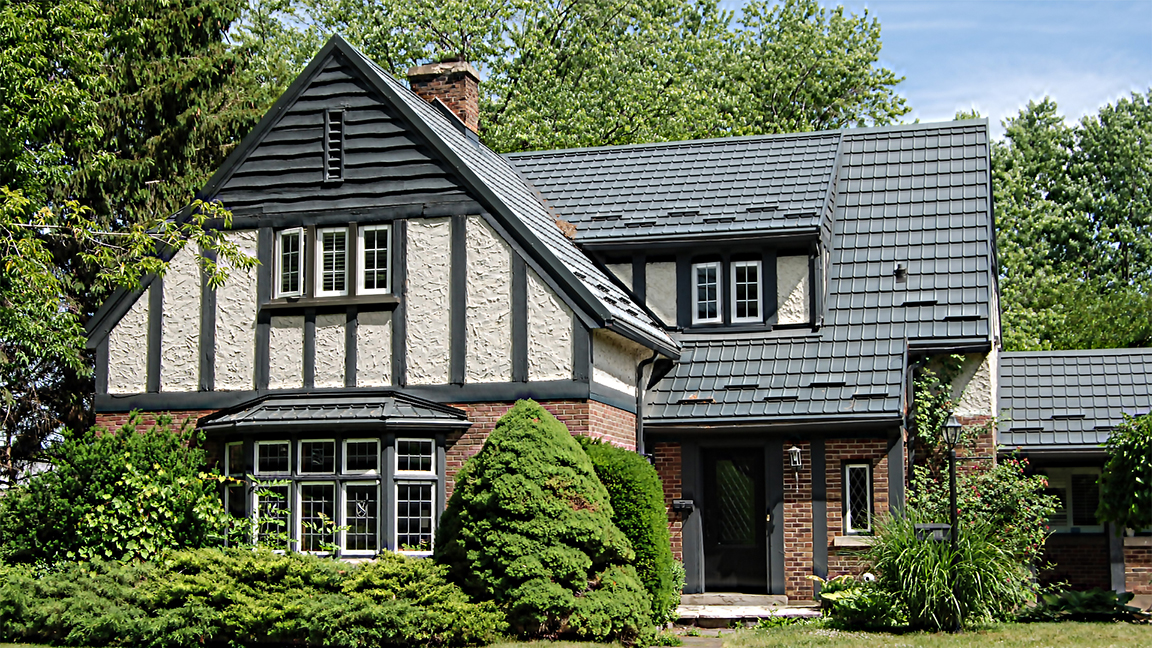 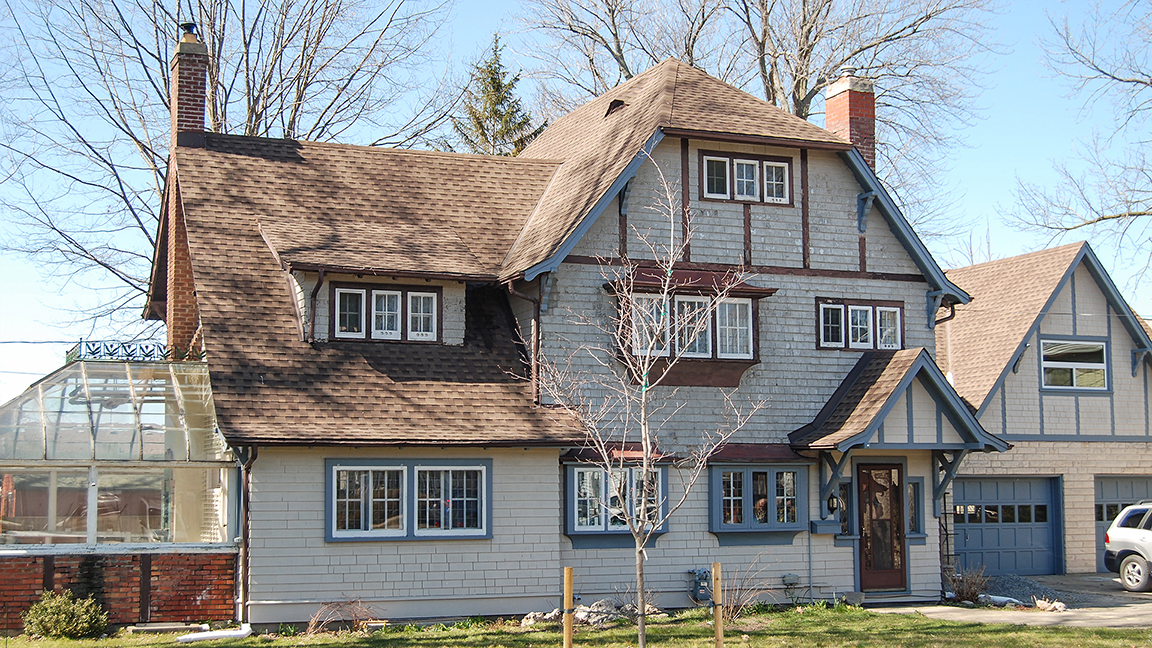 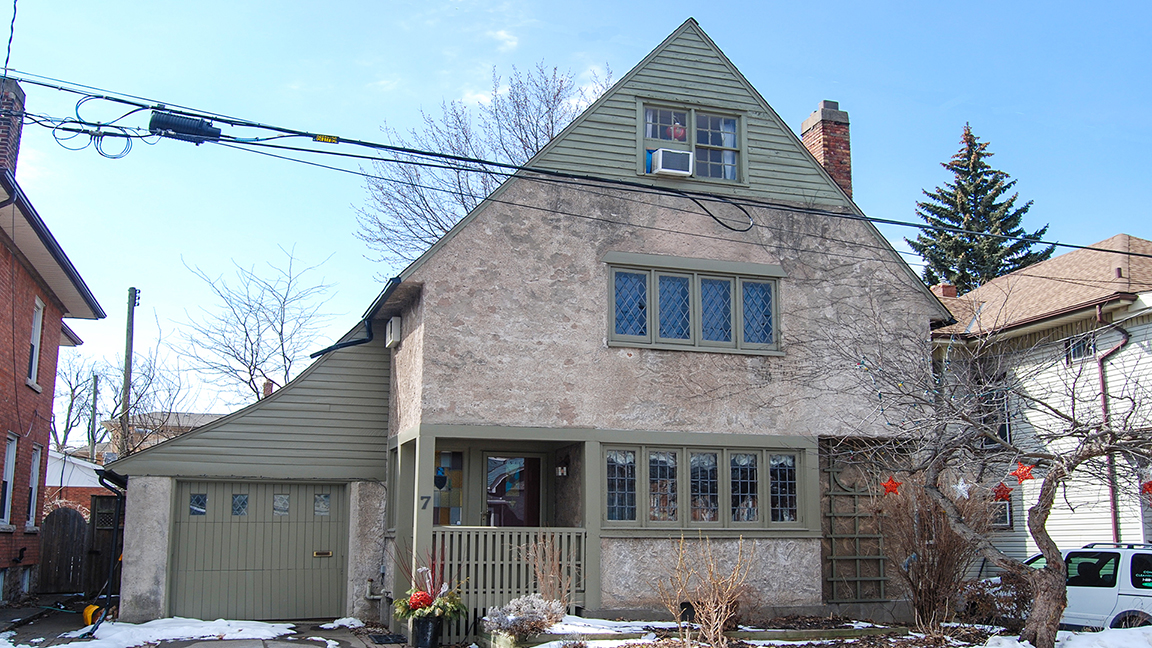