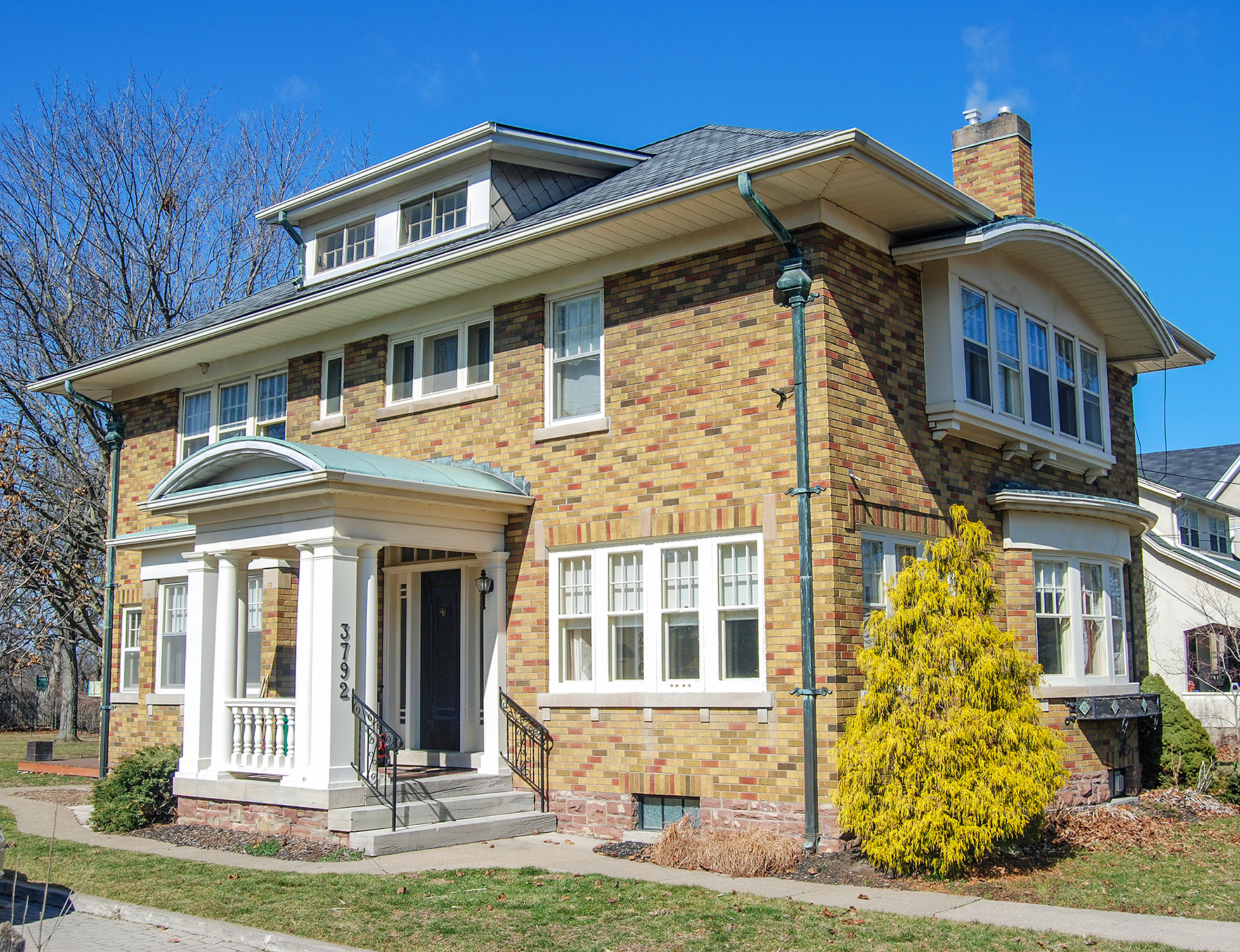 In the 1920’s, Archie Haines received the long-awaited plans for his Edwardian dream house and he anticipated starting the build... But, someone had made an error and the house, as designed, was too wide to fit on his lot. Not willing to change the design, Mr. Haines turned it 90˚ and built with the end gable facing the street (later he purchased & removed the house next door so his home’s facade could be properly appreciated). Considering the overall composition, it’s understandable that Mr. Haines refused to alter this house. The main entry is centred on the facade and sheltered beneath a large, elegant portico with a pedimented, segmentally arched roof sheathed in copper supported by a pair of triple pillar sets; each comprised of a square anchor and two Tuscan columns; which are joined by a classic Edwardian balustrade. The arched theme is repeated in the projecting wall dormer and the bay on the end wall. Ribbon windows fill the majority of the openings on the home. The unconventional brick, whether a choice by the designer or Mr. Haines, recalls handmade London Stock brick (common in 19th century London) serving to enhance the English heritage of this fine example of Edwardian Classicism.

<<< Back to Edwardian Classicism Main