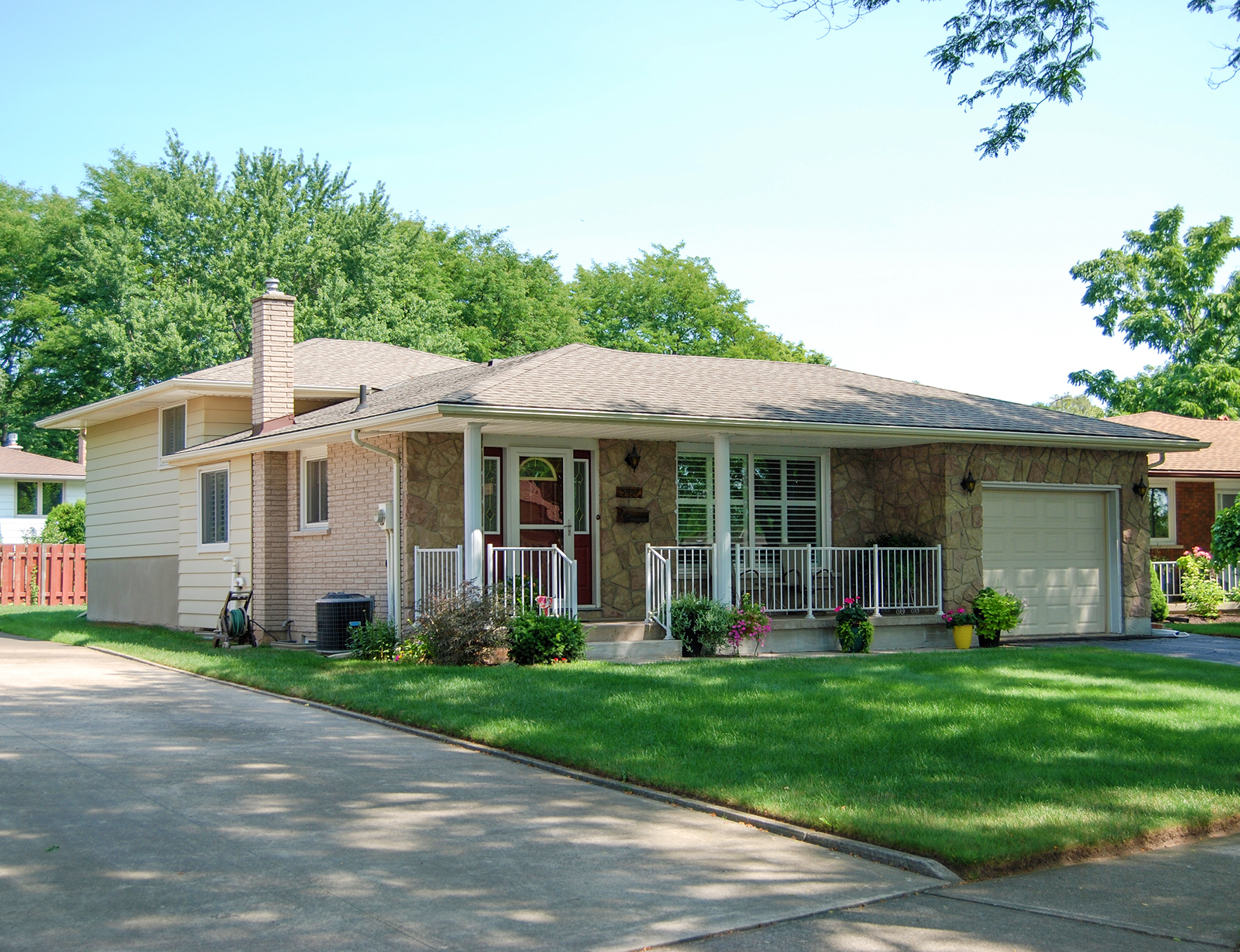 While the profitability of a sub-division developer rests many factors, the bedrock goal is to build the maximum number of houses possible on a particular piece of land. In short, sub-dividing land into a series of 50’ lots (frontage) allows the builder to construct 2X’s the number of houses compared to sub-dividing the same property into 100’ lots. The challenge was to develop a design which incorporated the size/functionality of the popular Ranch or Ranch-derived side-split on a narrower lot. One solution was the back-split; essentially a side-split rotated 90˚ so that the ‘upper’ (bedroom) & the ‘lower’ (family room) levels were placed behind a main (middle) level containing the living room, dining room & kitchen; resulting a house much deeper that it is wide. In this example we have an asymmetrical Ranch style facade with the main entry on the left under a deep roof overhang (forming a porch) with picture window placed to the right and a single car garage set proud of the main wall to balance and end the porch. The wall cladding transitions from expensive stone on the facade to less costly brick on the main level’s side walls and then to a significantly cheaper siding on the largely hidden (from the street) split levels on rear of the house. Not only did the backsplit fit on the smaller lots, but it was cheaper to build than the sidesplit and significantly less than the Ranch… a win for both developers and budget-constrained buyers.

<<< Back to Split-level Main